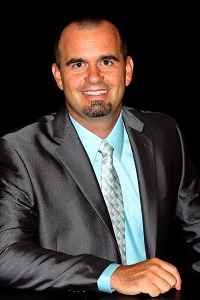 Cellist Jeremy Woolstenhulme, Director of Orchestra at Hyde Park Middle School in Las Vegas, visits Key to Change to work with students on their violin and viola repertoire. This event takes place on Friday, April 19 at 5:30pm at Mill Creek Middle School. (Another master class with Jeremy will take place Thursday, April 18 at 4pm at Renton High School.)

Jeremy Woolstenhulme currently serves as the orchestra director at Hyde Park Middle School in the Clark County School District in Las Vegas, Nevada. Jeremy has traveled with his Chamber Orchestra to festivals in Salzburg, Vienna, Prague, London, Washington D.C., Boston, Miami, and New York, earning top awards at every venue. The Hyde Park Middle School Chamber Orchestra was honored to have been selected to perform at the 2008 and 2017 Midwest Clinic in Chicago. The Chamber Orchestra has also played at multiple ASTA conventions, and in March 2015 won first place in the junior high division of the National Orchestra Festival in Salt Lake City.

As an author and composer Jeremy has several published works to his credit. He is a co-author of a new string method series called String Basics published by the Neil A. Kjos music company, and he has several string and full orchestra works published and available through Kjos music as well. As a string clinician Jeremy has presented teaching ideas at many state music conventions throughout the United States including the Midwest Clinic and several times at the ASTA convention. He has traveled internationally to do string teaching presentations in Canada, Australia and China. Jeremy is also a musician with the Las Vegas Philharmonic, and a freelance musician performing at many venues located on the famed Las Vegas “Strip.”

Your ticket for the: Jeremy Woolstenhulme Master Class (at Mill Creek Middle School)