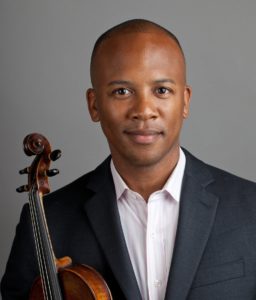 Quinton Morris, associate professor of music at Seattle University and founder of the nonprofit Key to Change

KING FM leaders acknowledge the need to broaden its programming, make its board and staff more diverse and create a pipeline of younger talent in a genre that has historically been the province of the wealthy, the white and the royal, its music performed in courts and churches.

“What is becoming increasingly clear to us is that there is a world of music out there that we don’t know and should know,” said Brenda Barnes, the station’s CEO. “The reason we don’t know it is systemic racism. We want to find it, play it and unmute the voices. The classical music world will only be better and more relevant if we do it.”

KING FM has already taken steps such as including pieces by women and/or performers and composers of color at least once per announcer shift (or five to six times per day). A staff committee meets monthly to evaluate its music programming to see if it’s inclusive. 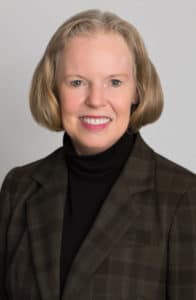 The station has also hired the multitalented Quinton Morris as artist scholar in residence to create 10 to 12 programs featuring composers of color. The programs will air multiple times on KING FM and will also be offered free of charge to other classical stations across the country.

Morris, an associate professor of music at Seattle University, is also a violinist, chamber musician, educator, entrepreneur and filmmaker, with deep roots in Seattle — he grew up listening to KING FM. Morris is also the founder of Key to Change, a nonprofit focusing on music instruction for underserved youth. The organization recently launched a South King County violin/viola studio serving middle and high school students of color, and those from economically disadvantaged backgrounds, in Renton, Kent, Auburn, Maple Valley and Federal Way.

Morris is working on a new show for radio and podcast, “Unmute the Voices,” featuring music by Black, Indigenous and people of color (BIPOC) composers and performances. He intends to reach out to composers and performers across the country to ask for recordings to include on the show.

“I’m working to formalize exactly how we want to unmute these voices — it’s a lot to unpack,” Morris said. “I’m thankful that KING FM has allowed me creative autonomy to go forward.”

Because KING FM’s community advisory board (composed of music educators in the area) has indicated a need for works by BIPOC composers geared for students, the station now also has Caleb Vaughn-Jones as composer in residence to fill that gap. A former member of Morris’ The Young Eight ensemble, Vaughn-Jones will write for, and work with, the students at Morris’ Key to Change studio, with the students playing the new repertoire on KING FM.

These new works will be only part of a move toward what Barnes calls the “need to change our programming to relate to and engage the community.”

KING FM board president Jim Duncan says the station has conducted interviews with more than 100 people in the community to find out what they want and need from KING FM. Not surprisingly, they discovered that the region’s huge population growth has brought an increase in diversity and also in income disparity. The arts are perceived as elitist and not accessible, and artists are impacted by the rising cost of living. KING FM, respondents said, needs to become more inclusive and more diverse.

“Our audiences should look like the demographics of our community,” Duncan said. “While KING is the most accessible way to introduce classical music, we need to be more inclusive of performers and composers of color, as well as women. Are they made to feel welcome and included? Do we mirror our community?”

In addition, one of the station’s goals is to have the demographics of its staff mirror the demographics of its audience. Of KING FM’s 250,000 weekly listeners (as measured by Nielsen), most are white or Asian (Nielsen does not break out the percentage of listeners of Asian background, although another measuring service puts that percentage at about 10%); 17,500 are Hispanic (7%); and about 5,000 (2%) are Black, according to Barnes. KING FM currently has one Latina as chief operating officer and a producer whose family background is from India, Barnes said.

KING FM has also begun diversifying its board (which currently has one African American member and one Asian American member, both invited to join in the past year), and has made diversity a key criterion in filling open board positions. It also plans to invest more than $500,000 in an apprenticeship program for announcers and producers of color over the next four years, Barnes said.

The station will continue its commitment to broadcasting music by major local presenters, such as the Seattle Opera, Seattle Symphony and Seattle Chamber Music Society.

It’s also planning to provide more context for some of its offerings, for those newer to classical music. A broadcast of Seattle Opera’s acclaimed 2005 Wagnerian “Ring,” set for Feb. 6-13, for example, will also include a live chat during each opera in the cycle to explain what is happening and to allow listeners to ask questions.

“Our whole mission is to introduce people to classical music,” Duncan said. “We need to make sure our programming is warm, welcoming and inclusive.”

Melinda Bargreen, a Seattle Times reviewer since 1977, is a composer and author. Email: mbargreen@gmail.com. This report is supported, in part, by the Rubin Institute for Music Criticism, San Francisco Conservatory of Music, and the Ann and Gordon Getty Foundation.
Read more

Your ticket for the: Classical KING FM takes steps to address issues of equity and inclusion